What Every Doctor Should Know About Glutathione? 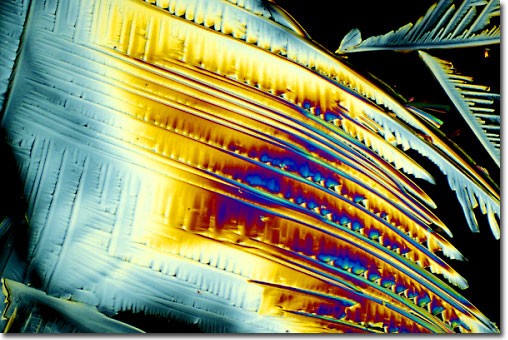 By Tim Guilford, MD, Contributing Writer - Vol. 13, No. 3. Fall, 2012
glutathioneGlutathione, a powerful endogenous antioxidant, has been the subject of growing scientific interest over the last decade. Deficiency is increasingly recognized as a risk factor in coronary artery disease, asthma, neurodegenerative disorders, cognitive-behavioral problems, and various types of cancer.

As clinicians, we can greatly improve our management of many of these conditions by understanding the role of oxidative stress and low glutathione as etiologic factors, and incorporating glutathione supplementation into our treatment strategies.

There are over 100,000 glutathione citations on PubMed, and research continues worldwide. Interest in this molecule has extended into the general public consciousness. The ubiquitous Dr. Mehmet Oz did several segments on glutathione on his TV program, calling it the "Superhero of Antioxidants." It has also been called the "Great Protector," and the "Mother of Antioxidants" with good reason.

In addition to being an antioxidant, glutathione is also a powerful detoxifier and also plays a major role in immune function.

Glutathione (GSH) is a tripeptide comprised of the amino acids glutamine, cysteine and glycine. ItGlutathioneCompound.svg is a naturally occurring protein made by and used by every cell in the body. It contains a sulfur molecule, which plays a major role in its antioxidant and detoxification functions. It also gives glutathione its distinctive sulfurous aroma.

Glutathione levels are maintained in cells through de novo production, as well as through the recycling of its oxidized form, glutathione disulfide (GSSG).

Glutathione is considered the most important antioxidant because it is the only one capable of working with enzymes. One enzyme, glutathione peroxidase (GPx), works with glutathione to prevent membranes from becoming oxidized. Glutathione also helps activate the better-known antioxidants, vitamin C and vitamin E. When researchers discuss oxidative stress, they almost always describe it as a state of "low glutathione."

Glutathione levels in blood can be measured in both red blood cells (RBC) and plasma. While RBC levels are used in many research papers there is some confusion about which approach should be used clinically. One study using a specific brand of liposomal glutathione in children with autism shows that after glutathione supplementation, plasma levels change first, followed by RBC levels (Kern JK, et al. Med Sci Monit. 2011;17(12):CR677-82)

The confusion also stems from the observation that in normal individuals, the infusion of glutathione intravenously increases plasma levels for only 10 minutes (Hong SY, et al. J Korean Med Sci. 2005;20(5):721-6. Fukagawa NK, et al. Am J Physiol. 1996;270(2 Pt 1):E209-14). Studies of this phenomenon have been hampered by the challenge of identifying patient populations that consistently have low glutathione levels.

Clinical labs offer testing for glutathione levels in both plasma and RBC. The plasma testing generally reflects both the reduced and oxidized forms of glutathione. The normal ranges for glutathione in plasma, according to the Health Diagnostics and Research Institute, are as follows:

Total glutathione can also be measured in RBCs, which contain much larger amounts of glutathione. The standard reference range for total glutathione in RBCs is 1,000-1,900 umol/L. Some clinicians consider levels in the range of 1,100 -1,200 umol/L to be "low."

Some investigators hold that the ratio of GSH/GSSG is useful in identifying individuals at risk for atherosclerosis, even when they are in apparently normal health (Ashfaq S, et al. Hypertension. 2008; 52(1):80-5). The findings suggest that heart disease is associated with either increased oxidative stress or the lack of antioxidant support. The authors conclude that these markers may help identify healthy individuals at risk for early atherosclerosis independent of traditional risk factors and presence of inflammation.

There are several additional useful biomarkers for identifying patients in whom glutathione is low. One such indicator is elevated Gamma glutamyltransferase (GGT), the enzyme that breaks down glutathione from the blood to allow its importation into the cells. Up-regulation of GGT has been observed in cells deficient in glutathione (Chinta SJ, et al. Free Radic Biol Med. 2006;40(9):1557-63).

Increases in GGT activity can be a response to oxidative stress, marking increased transport of glutathione into cells. It appears that GGT can be leaked into the serum during conditions of oxidative stress. It is a biomarker of a number of conditions associated with low glutathione including coronary artery calcification (CAC), especially in women (Bian LQ, et al. J Cardiovasc Med (Hagerstown) 2012), metabolic syndrome (Suh BS. Korean J Fam Med. 2012;33(1):51-8), diabetes and hypertension (Lee DH, et al. Clinical Chemistry. 2003;49(8):1358-66).

A Key to Detoxification

As a detoxifier, glutathione is unparalleled. It binds metals and other toxins and transforms them into compounds that can be excreted in bile or urine. Once bound, these toxins become water-soluble and can be transported out of cells.

However, the binding of toxins to glutathione creates a demand on the body to make new glutathione. Deficiency results when a tissue or system cannot keep pace with the demand.

Because it is the primary organ of detoxification, the liver harbors the body's largest stores of glutathione, which plays a role in detoxifying environmental pollutants, radiation, drugs, carcinogenic chemicals, and heavy metals.

Glutathione s-transferases (GST) are a group of enzymes that work in concert with glutathione, and they are critical for removal of many toxins. The loss of GST function may contribute to both acute and chronic illnesses (Ashfaq 2008; Chinta 2006).

The importance of glutathione in maintaining normal cell function cannot be overestimated (Kern 2011). Low serum levels correlate with the progression of coronary artery disease. This was observed not only in individuals with coronary artery obstructions that required intervention (Hong 2005), but also in people who were relatively young and apparently healthy (Fukagawa 1996). The findings point out the insidious nature of oxidative stress and systemic glutathione deficiency.

Physicians dealing with chronic illness have observed that glutathione deficiency is found in nearly all very ill patients. This is true for people of all ages.

A meta-analysis of papers related to glutathione in autism spectrum disorders shows that dysfunctional glutathione production and function play a role in these increasingly common problems (Lee 2003). Children with autism are predisposed to low glutathione, and they cannot detoxify normally.

At the other end of the age spectrum, glutathione deficiency is associated with Parkinson's disease (DeChiara B, et al. Coron Artery Dis. 2007; 18(2): 77-82). An important aspect of this issue is that there can be a local deficiency of glutathione in the substantia nigra in the brain and also in muscle, and yet blood levels can be normal.

Alcoholics have low glutathione levels, and so do people with Alzheimer's disease. Cigarette smoking is known to deplete glutathione.

Glutathione is low in the brain of individuals with chronic fatigue syndrome (Hyman M. Glutathione: the Mother of All Antioxidants. Huffington Post, April 4, 2010).

Glutathione researchers are still seeking to understand why glutathione is deficient in people with these diverse conditions. It is likely that these metabolic inefficiencies will be linked to gene SNPs as well as exposure to environmental pollutants.

Researchers are beginning to understand why many of the aforementioned conditions become chronic and do not resolve despite diligent medical treatment. The oxidative stress (low glutathione) associated with chronic disease may actually disable the "thermostat" called Nrf2 that turns on enzymes that make glutathione. Thus, in conditions such as severe asthma, Nrf2 "burnout" may prevent glutathione formation, leaving the lungs deficient in the glutathione they need for dilation of bronchioles and for proper immune function (Zeevalk GD, et al. Biomed Pharmacother. 2008;62(4):236-49).

The fact that blood levels of glutathione may not reflect levels inside of cells has caused a lot of confusion in glutathione research. In one study, investigators found that blood levels remained stable while muscle levels were deficient in people with chronic disorders (Shungu DC, et al. NMR Biomed. 2012).

The discrepancy between blood and muscle was studied in individuals undergoing major abdominal surgery. The levels of blood glutathione remained stable, while the muscle level decreased 40% after surgery (Franco R, et al. Arch Physiol Biochem. 2007; 113(4-5): 234-58.). This study also showed that the decrease in GSH in muscle was due to a decrease in the function of GSH synthetase (GS), one of the enzymes needed for the production of GSH.

While research continues on the role of glutathione deficiency in the pathophysiology of various diseases, it is clear that methods for repleting and maintaining glutathione will play an increasingly important role in the management of many conditions.

Strategies for repletion include the use of glutathione precursors such as N-acetyl cysteine and whey protein, which can also provide cysteine in the oxidized form called cystine. Studies are now ongoing to assess the absorption and impact of supplementation with liposomal glutathione. This work includes an animal study as well as a clinical study in children with autism (Main 2012).

For oral use, precursors of glutathione such as N-acetyl cysteine (NAC), L-glutathione and L-glycine are available in capsule form. Since cysteine is the rate-limiting precursor of glutathione formation, many clinicians advocate supplementation with cysteine in the form of NAC. The compound is now available as both a dietary supplement and also as a drug (Sansone RA, Sansone LA. Innov Clin Neurosci. 2011;8(1):10-4. Atkuri KR, et al. Curr Opin Pharmacol. 2007;7(4):355-9). NAC has been shown to increase plasma levels of glutathione (Borges-Santos MD, et al. Nutrition. 2012;28(7-8):753-6).

Liposomal 'encapsulation' of the reduced (active) form of glutathione, often referred to as liposomal glutathione, is now available in a number of formulations. This form has proven functional both in cells (Zeevalk GD, et al. Neurochem Res. 2010;35(10):1575-87), and in animal tissue after oral absorption (Rosenblat M, et al. Atherosclerosis. 2007;195(2):e61-8).

A clinical study in children with autism showed that oral supplementation with liposomal glutathione can raise glutathione levels in plasma after oral ingestion (Kern 2011). In the children using this preparation, plasma levels of reduced glutathione rose from low to the low end of normal after two months.

There are a number of clinical studies of IV glutathione, including a well-known study by Sechi, which led a wave of interest in this therapy for Parkinson's Disease (Sechi G, et al. Prog Neuropsychopharmacol Biol Psychiatry. 1996;20(7):1159-70). A subsequent, double blind placebo controlled study did not confirm the benefits observed in the Sechi trial (Hauser RA, et al. Mov Disord. 2009).

Tim Guilford, MD, is a practitioner of functional medicine and homeopathy in Los Altos, CA. University of Texas Medical Branch Medical School, Dr. Guilford completed a two-year general surgery internship and residency at Johns Hopkins Hospital. That was followed by a four year residency in Otolaryngology at the University of Michigan. He was board certified in Otolaryngology in 1978. A long-standing interest in nutrition, detoxification, and oxidative stress led Dr. Guilford to recognition of the important role glutathione in human physiology. He is a physician consultant to Readisorb, a manufacturer of liposomal glutathione supplements. 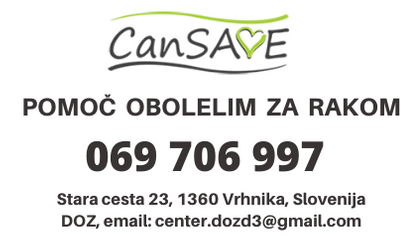 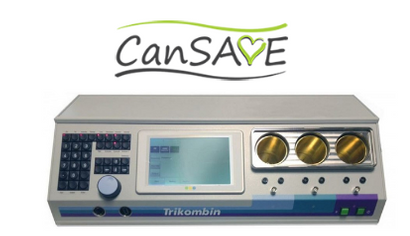 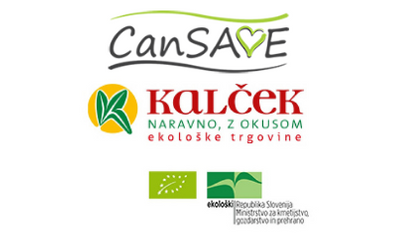 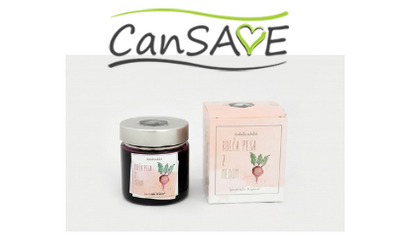 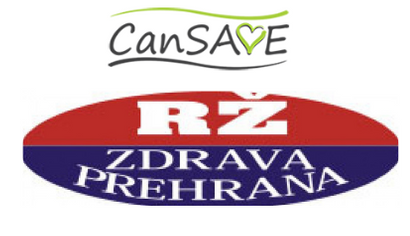 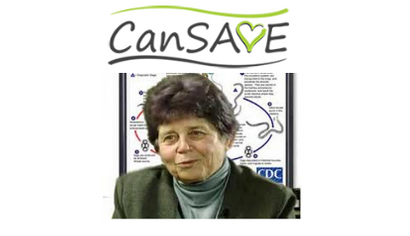 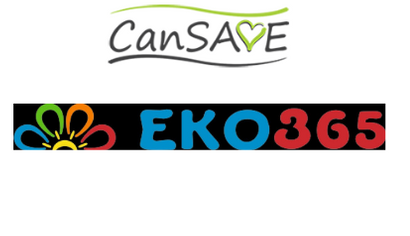 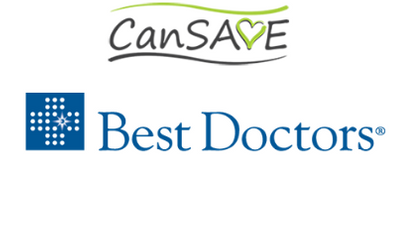